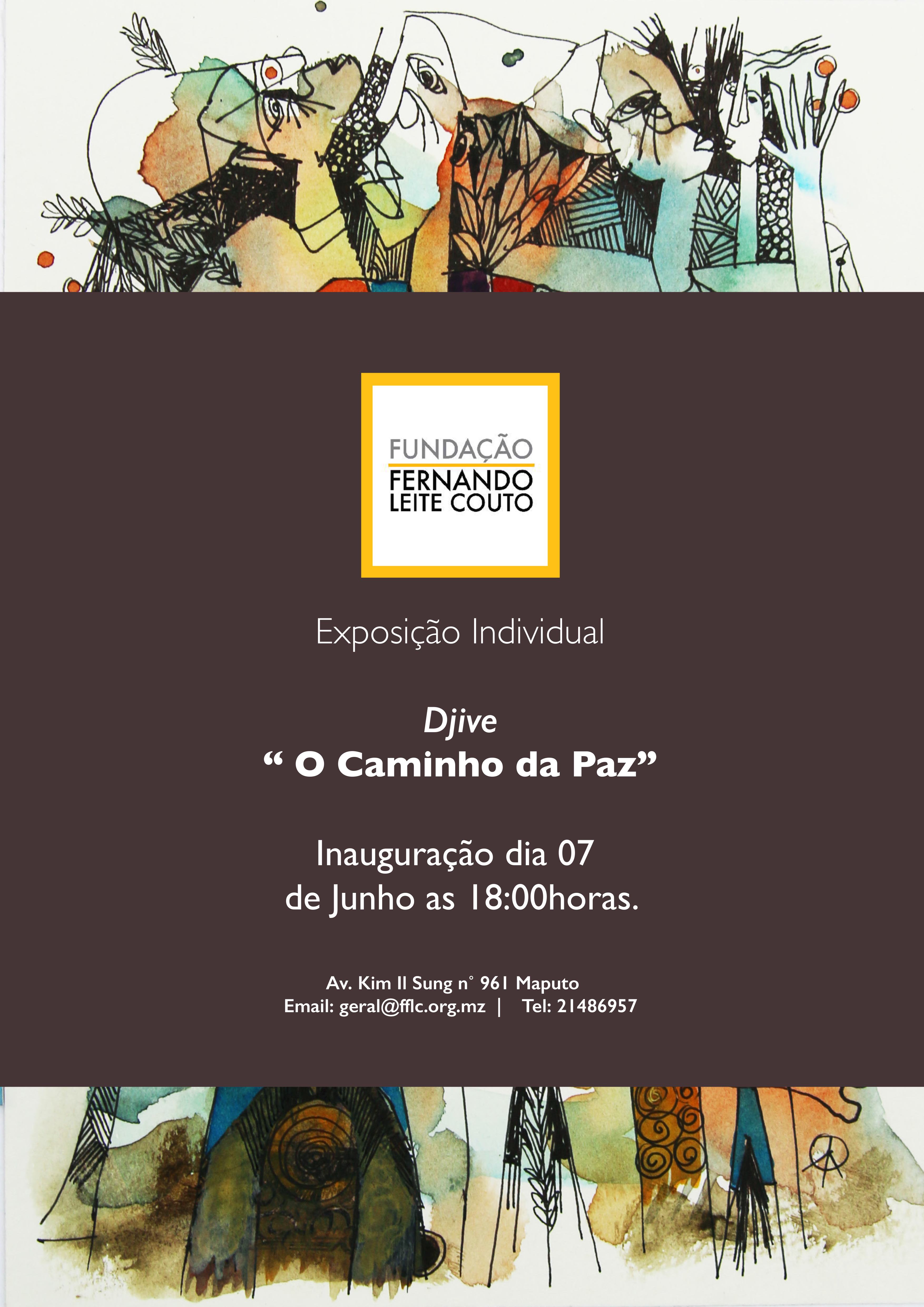 "THE ROAD TO PEACE"

Djive shows us the way for peace in Mozambique. He is a persistent dreamer and became the artist he is today because he always followed his dreams. His main dream was one day be the artist he is today and achieved that dream. But is still battling for perfection, as he does never stop to improve. This is a sign of those whose life is a constant creation!

At “O Caminho da Paz", in which Djive, 37 years old, is in a journey though an unavoidable theme in Mozambique’s actuality – the seek for peace –, this artist leads us at the same time to another journey: we get to know him.

Samuel Arão Djive grew up in Polana-Caniço, periphery of Maputo. For his love for visual arts he used to attend galleries where artists like Malangatana, ìdasse, Naguib, Vitor Sousa, among others exposed their talent. Djive consider them references. Additionally he coursed art at Escola Nacional de Artes Visuais, from 1998 to 2005.

Djive’s art is a combination of experiences, dreams and thoughts, as evidenced by the water-colors paintings at "Caminhos da Paz", as it was evidenced also in his previous exhibitions that he leads or participate since 2003 when he professionally debuted. The difference then is: Yesterday’s Djive is not the one of today, as well as tomorrow’s Djive will be another one, as he is in constant evolution.